Our English as an Additional Language Programme (EAL), is designed to support our IBMYP students who are developing their English, yet studying through English in all subject areas from their arrival at Dwight. These students will have a mother tongue or first languages other than English and have usually had limited or no experience of learning through English in academic situations.

Does the EAL programme only develop social language?

No. Although learning and using English in social situations, such as making friends, communicating basic needs and learning to ask for information are crucial for any student joining Dwight, the EAL Programme goes further than social English. In addition to social language use (or Basic Interpersonal Communication Skills, known as BICS), the EAL programme aims to build a foundation in academic study skills, multiple literacies and subject-specific language use.

What are the main aims of EAL programme?

In the Upper School, EAL provision has the following primary goals:

1.To help students communicate and express themselves in various social and academic contexts so that they are able to engage successfully when learning through the IB programmes. Collaborative learning and student-centred inquiry are key elements in all IB programmes, from IB PYP through to IB MYP and IB DP.

2.To encourage students to develop effective literacy habits and approaches to learning in English. These ‘approaches to learning’ (ATL) strategies aim to optimise language learning, transfer across languages and develop the required higher-order thinking skills vital for success in an IB education such as critical literacy, analytical thinking, reflection and problem-solving through inquiry.

3.To support work across the subjects by developing a comprehensive understanding of linguistic and literary texts. Students need to access a variety of texts for information as well as communication. The learning of text conventions, accurate grammatical usage, academic vocabulary and research skills, as well as developing spoken, written and visual communication, are central to learning how to process and produce texts in all subject areas.

How is language progress tracked and assessed?

In the MYP, the six phases of Language Acquisition guide student assessment. Students are assigned a phase on entry with phases starting at 1 for emergent communicator (beginner) and increasing to 6, proficient communicator (advanced).

As students progress through the six phases in MYP, they are expected to develop both the competencies to communicate appropriately in written, oral and visual communication modes in an increasing range of social, cultural and academic contexts, and for an increasing variety of audiences and purposes.

In addition to language building strategies such as vocabulary acquisition, reading comprehension skills, and speaking for presentations; the EAL teachers work closely with subject teachers in preparing students for assignments and units in challenging subjects such as Individuals & Societies and Science.

When are students ready to work independently and exit the EAL programme?

As the aim is to ensure students can work to their potential and succeed in subject learning, the exit criteria include language use, comprehension and text production (linguistic and literacy application) as well as study approaches (ATL skills application). Once students can show understanding and application at an increasingly consistent and independent level they will be advised on their language options and exit from the EAL programme. 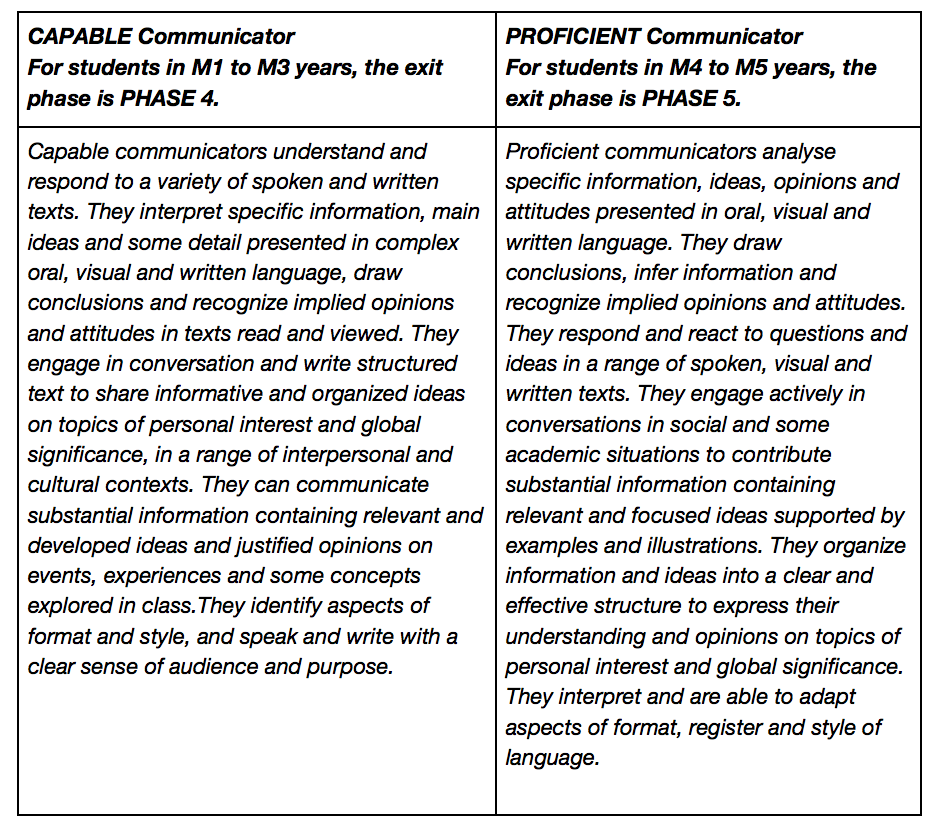 In multilingual education, it is now widely accepted that it takes on average 5 to 7 years for learners new to a language to function at the academic level of a ‘native speaker’ in a non-immersion context, and around 2 yearsto achieve conversational fluency.

Language learning and phases are seen as existing along a continuum and students work through the phases according to their own development. As students operate in both academic and social English-speaking environments, students are often able to progress through the phases more quickly than in other additional languages.

It should be noted that a number of significant factors will impact the rate of progression that each student will makes, including:

From our experience, if a phase 1 (on entry) student transfers skills and knowledge from a strong first language, reads regularly and widely, is active and motivated in their social and classroom interaction, they may be able to exit the EAL programme after 2 years as a minimum. For students entering with phase 3 or 4 and again depending on influencing factors, one year on intensive EAL may be sufficient for them to work independently.

In the school setting, with academically demanding tasks across a variety of subjects, students work hard to understand and follow lessons taught in English. As learning is not only linguistic, but also content based, and many students aim to complete their further studies in English, laying the foundation of both social and academic English is vital.

Please view the Upper School EAL Guide for Families booklet or feel free to contact the EAL department directly as per details in the booklet. 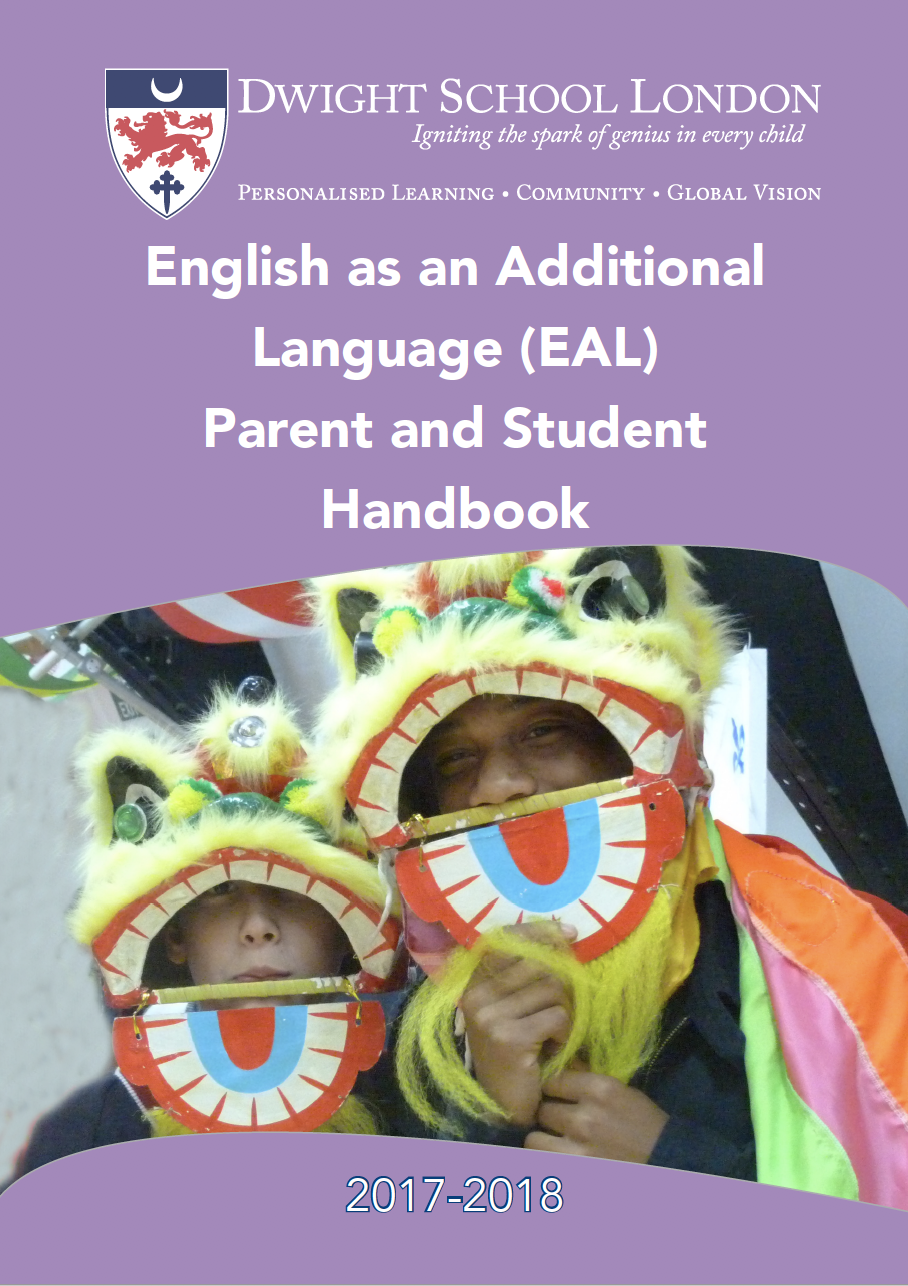