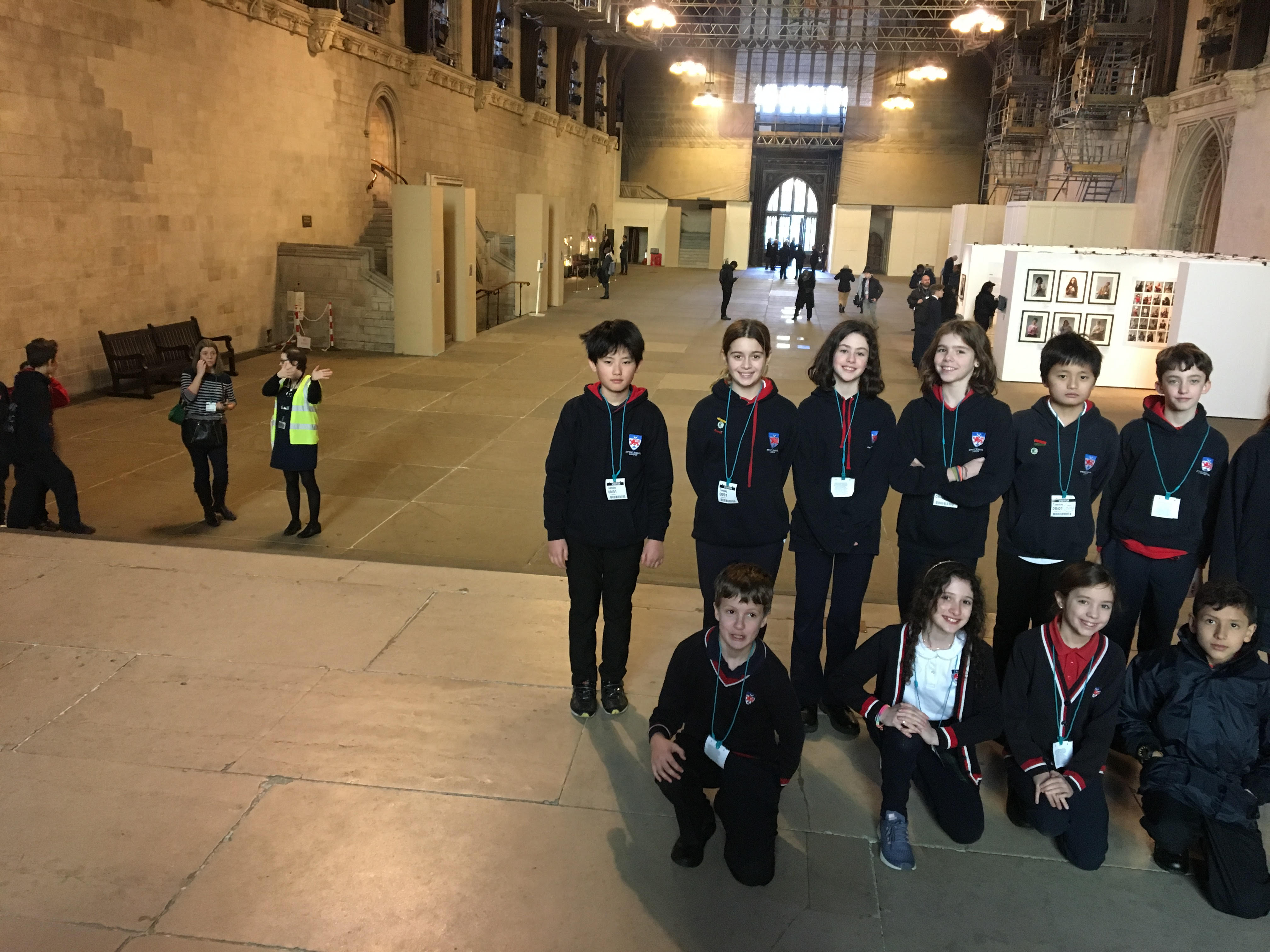 On Tuesday, the Year 6 classes went on a trip to the Houses of Parliament to learn more about the government. They were shown around the many beautiful rooms where many historical figures had been and were able to go into the House of Lords where they saw the impressive gold throne.

After the tour, they had a workshop titled The People's Government.  The students were immersed in a 360-degree photo/video of the House of Commons as well as a video about suffragettes. The workshop leader then encouraged our students to decide how they felt about certain issues and explain their reasoning. She was very impressed with our Dwight students and said that they were 'on par with A-Level students!'  A really fantastic trip with a lot of new learning!